Justine McCabe on Israeli Training of US Law Enforcement

May 6th, 2021  |  by Brie  |  published in Beyond the U.S. | Comments Off on Justine McCabe on Israeli Training of US Law Enforcement

In our Spring 2021 issue we were pleased to publish the following article from Justine McCabe: http://green-horizon.org/wp-content/uploads/2021/05/Justine-McCabe-on-Israeli-training-of-US-police.pdf

October 13th, 2020  |  by Brie  |  published in Beyond the U.S. | Comments Off on Greens join governmental coalition in Belgium

The Greens now participate in no fewer than six European coalition governments . . . https://www.theparliamentmagazine.eu/news/article/deal-reached-on-new-belgian-government

Indigenous People in the Eye of Climate Disruption

April 14th, 2018  |  by Brie  |  published in Beyond the U.S., Native Americans | Comments Off on Indigenous People in the Eye of Climate Disruption 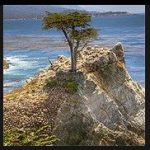 By Romi Elnagar “What we are fighting to protect is the survival of this generation and the continuation of the human race,” fifteen-year-old climate activist Xiuhtezcatl Roske- Martinez told the United Nations General Assembly on June 29. “My father raised me in the Mexica [Aztec] tradition. I learned from [him] is that …every living thing […]

Revisiting the Statue of Liberty 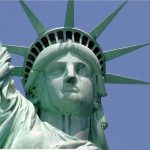 By Hector Lopez THE STATUE OF LIBERTY Not like the brazen giant of Greek fame, With conquering limbs astride from land to land; Here at our sea-washed, sunset gates shall stand a mighty woman with a torch, whose flame Is the imprisoned lightning, and her name Mother of Exiles. From her beacon-hand Glows world-wide welcome; […] 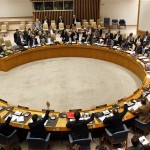 THE GLOBAL INTEREST: Collaboration — Beyond Diplomacy

December 15th, 2013  |  by Brie  |  published in Beyond the U.S. | Comments Off on THE GLOBAL INTEREST: Collaboration — Beyond Diplomacy

By John Resenbrink — The government of the United States was once again embarking on war. But President Obama paused. It finally came through to him that the people of his country didn’t want it. It’s very debatable whether this awareness of the real life experience of the American people would last; or that the […] 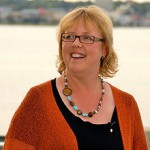 By Elizabeth May [from GH Issue No. 24] On May 30, 2011, I was officially sworn in as the first Green Party Member of Parliament in Canada. The election on May 2, 2011 was bittersweet for Canadian Greens. After a difficult campaign in which we were kept out of the national leaders debate and received […]